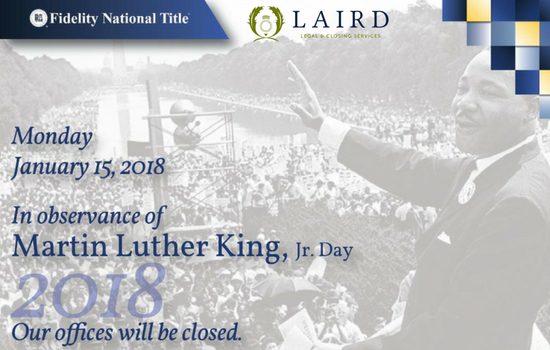 Wishing you a prosperous new year filled with health, joy and success. 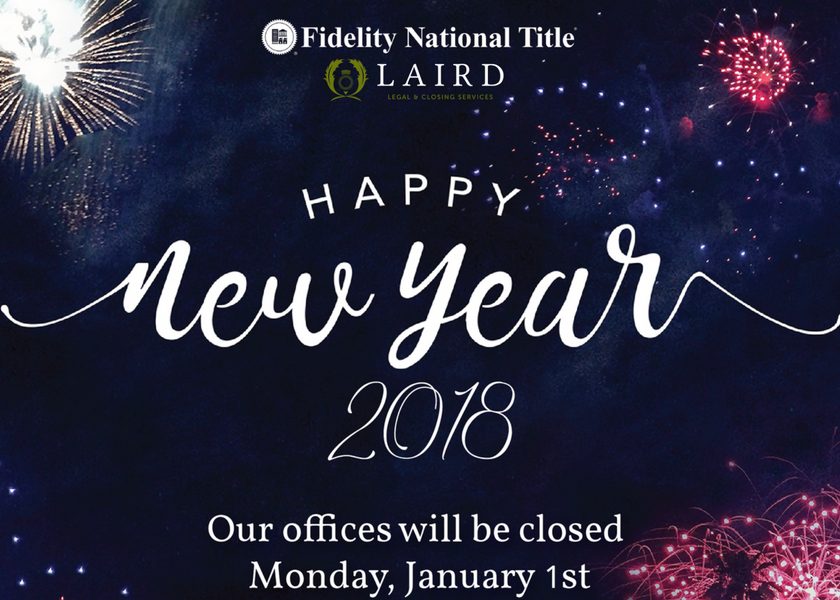 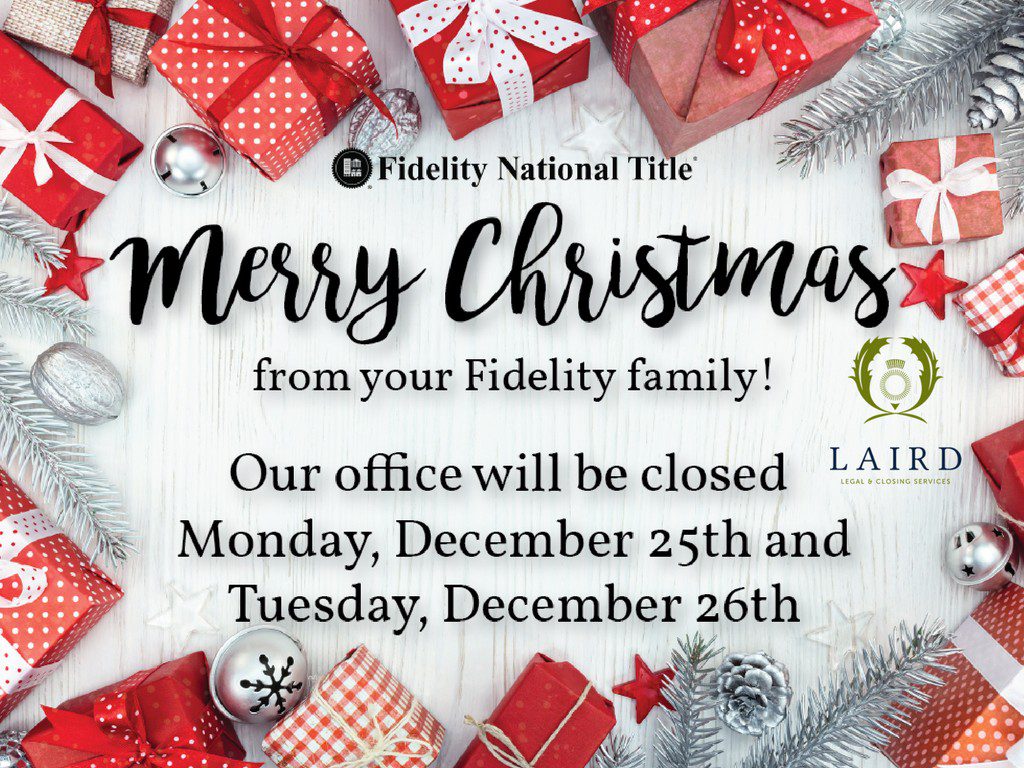 Each year the County Appraisal District (CAD) assigns each property an appraised value for real property tax purposes.  This appraised value is typically issued in March or April, and the property owner is given a period of time in which to protest the appraised value.  Each jurisdiction (County, City, School District, MUD, etc.) that has taxing authority over a property determines the tax rate for that jurisdiction.  The tax owed for each property is calculated by multiplying the tax rates by the appraised value, subject to any applicable exemptions that may apply to the property or owner.  Tax bills in Texas are issued at the end of the tax year, so the 2017 tax bill will be issued after October 1, 2017 and be due by January 31, 2018.

Taxing jurisdictions will not accept payment of taxes if a bill has not yet been issued.  When a property is sold mid-year, in order to minimize any post-closing issues in the proper division of the annual tax bill, your title company will prorate the taxes as of the closing date and credit the party who will actually, or has already, paid the bill while debiting the other party.  If no tax bill has been issued for the current year, the proration done at closing is an estimate.  Most contracts provide that either party may require the other to correct the prorations based on the actual bill when received.

In situations where there is new construction on a property, or renovation of existing improvements, and the CAD has not yet proposed an appraised value for the current year, calculation of the tax amount can be particularly difficult.  The appraised value issued by the CAD is supposed to reflect the appraised value as of January 1 of the current year.  For properties under construction, the state of the improvements as of January 1 may be difficult to determine.  This often requires the that the title company rely on the parties to provide an estimate of the value as of January 1, with the understanding that the parties will adjust the prorations based on the actual bill when received.  Buyers in this situations should also be aware that the tax appraisal, and bill, for the subsequent year may increase dramatically.

If you would like to use a knowledgeable title company conveniently located in the Heights, please give us a call.

Don’t forget to set your clocks back an hour on Saturday night! 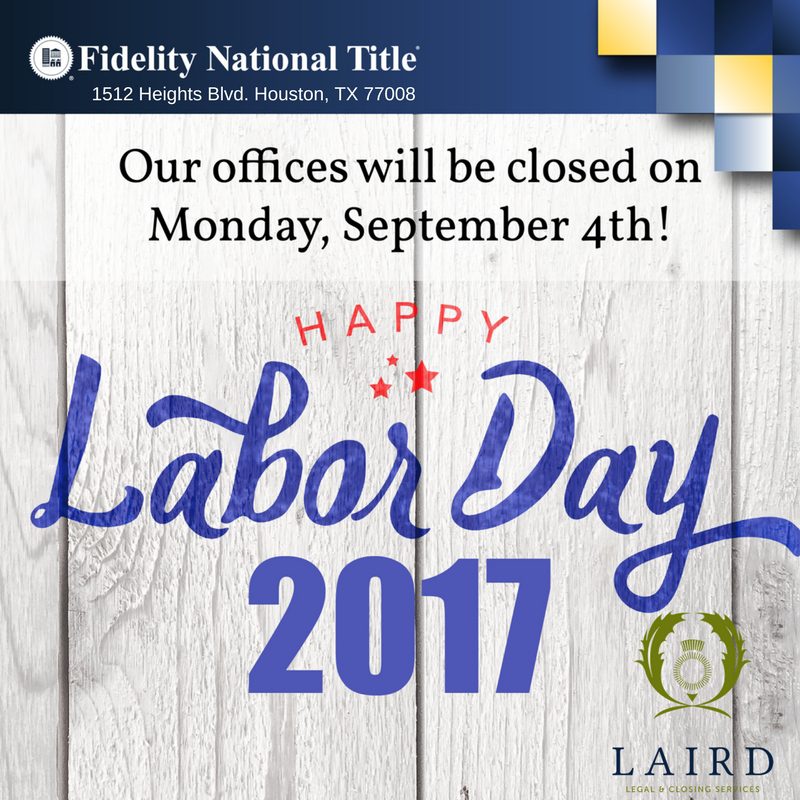 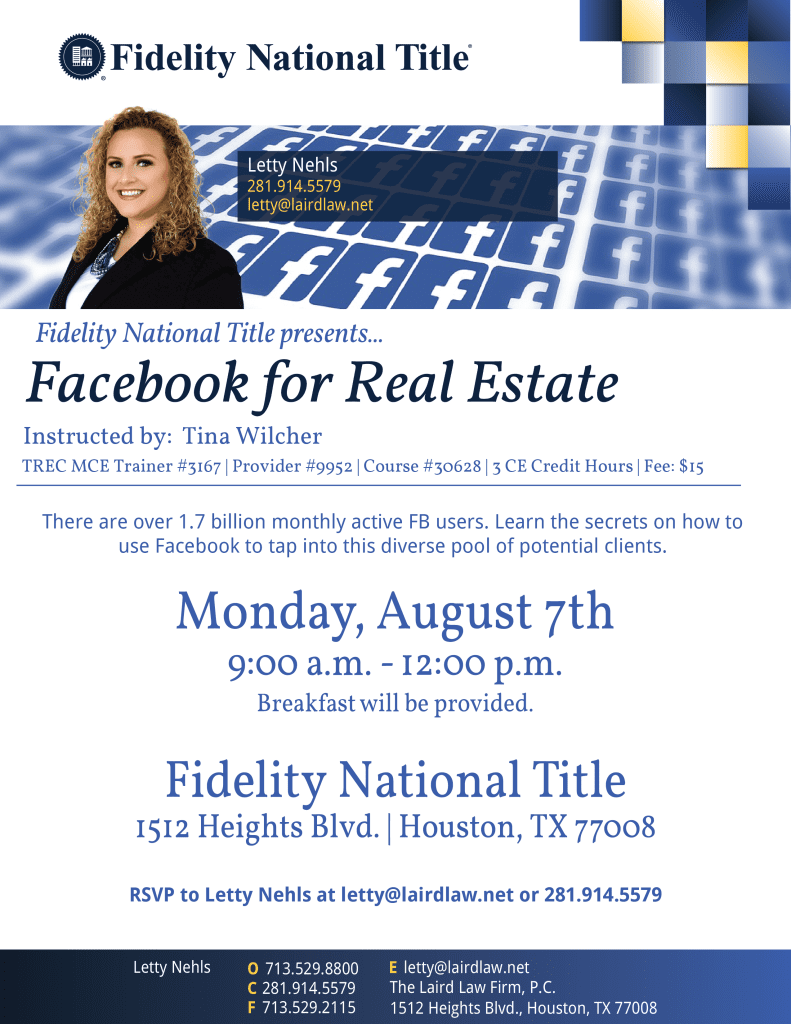 Another scenario that is not uncommon is property that has been inherited by the heirs of the record title owner.  All devises under the Will, or if the deceased owner had no Will, all heirs at law, must execute the deed to transfer clear title to the property.  If one or more persons is unable to cooperate, or refuses to do so, the sale cannot move forward unless a lawsuit is filed to force the sale of the property.  A lawsuit to force the sale of property when not all parties are in agreement is called a Partition.

If you would like to use a knowledgeable title company conveniently located in the Heights, please give us a call.

Liens against property (such as mortgage liens, tax liens, judgment liens, etc.) in Texas are given priority either by statute or by filing date.  The general rule of priority is “first in time, first in line.”  Statutory provisions may give some liens, such as tax liens or purchase money liens, special priority.  Occasionally, a lien holder who is in a better position may agree to take a position behind a new lien holder.   This agreement is called a Subordination Agreement.  The Subordination Agreement sets out each of the liens involved in the agreement, as well as a description of the property that is collateral for both liens and the consideration that the subordinating lender accepted in order to complete the agreement.

If you would like to use a knowledgeable and reputable title company conveniently located in the Heights, please give us a call.

Joint Tenants with Right of Survivorship

In Texas, when two or more people jointly own a piece of real estate, there is a presumption that the ownership is in the form of a tenancy-in-common.  When one joint owner under a tenancy-in-common dies, that owner’s interest in the property passes to that owner’s heirs or devisees.  The Texas Estates Code does allow that when a piece of real estate is owned by two or more people, the owners may agree in writing that when an owner dies, his or her interest passes to the surviving owner or owners.  The only limitation on title passing to the other owner is that the surviving owner must survive the deceased owner by at least 120 hours.

For property that is already owned by joint owners as tenants-in-common, those owners may execute a separate written agreement that the property is held as Joint Tenants with Right of Survivorship. The agreement should contain similar language to the examples above as part of the agreement, and should be signed by the joint owners before a Notary Public.  While the statute does not require the agreement to be recorded, recording the agreement in the Real Property Records is the most efficient way to establish that the agreement exists.

If you would like to use a reputable title company conveniently located in the Heights, please give us a call.

Our mission here at Fidelity National Title is to provide you the quality service and expertise that will result in the successful completion of your real estate transaction.

We look forward to working with you. Please visit our contact page if you'd like to inquire about our legal or closing services.